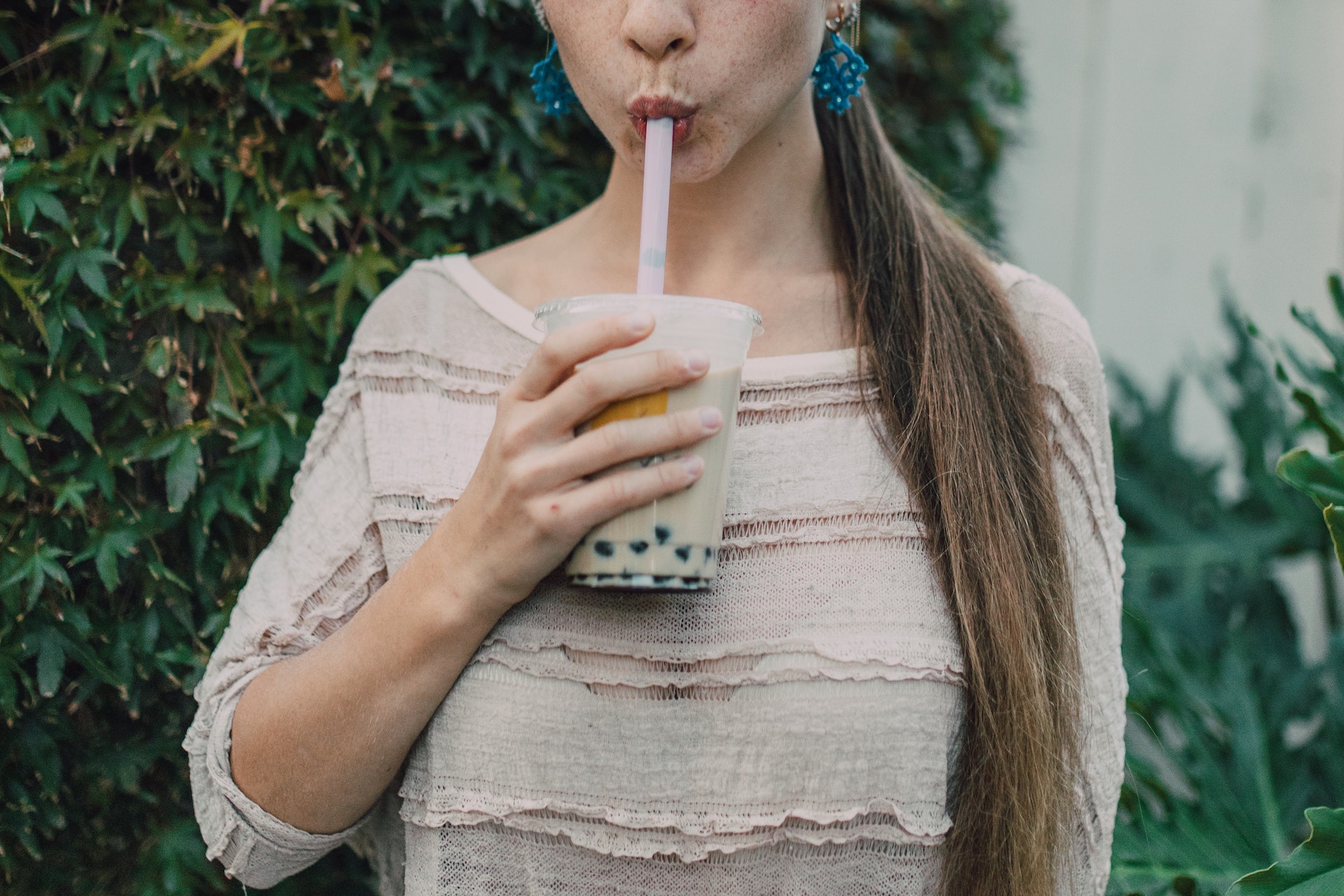 Pearl milk tea, also known as Boba milk tea and bubble tea for short, is a tea beverage that originated in Taiwan in the 1980s. It is a branch of foam black tea and pearl tea culture in Taiwan. Pearl is added to milk tea, as well as pearl black tea, pearl milk green tea, and other varieties. Because of its special taste, it is widely welcomed and echoed as the most representative drink in Taiwan, and is popular from Taiwan to all over the world, What is pearl milk tea in the eyes of foreigners? 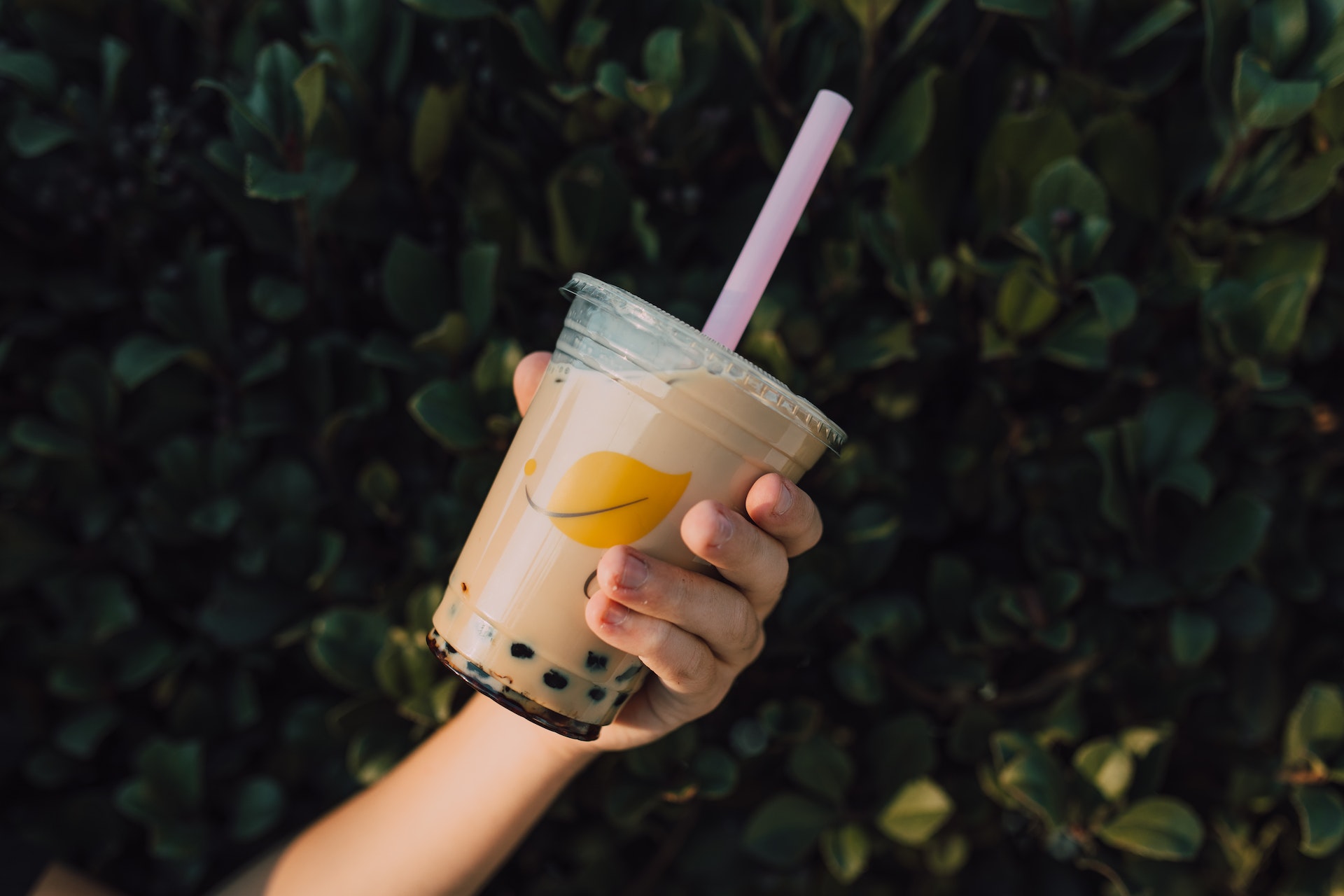 Early on, there was only one name for pearl milk tea. In 1988, a hawker named「Grasshopper」in Hai’an Road, Tainan City, was inspired by the figure of the actress Ye Zimei at the time, and renamed bubble milk tea as boba milk tea. In the future, the saying that boba refers to big pearls and pearls refers to small type in southern Taiwan. With the chain stores in southern Taiwan expanding to the north, this classification has gradually been accepted by some Taiwanese.

The term “BOBA” or “Bubble” is also common outside Taiwan. The reason is that the new Taiwanese immigrants who came to North America in the late 1980s were still calling for “Boba Milk Tea”, so tea houses such as “BOBA Tea House”, “BOBA Planet”, and “BOBA World” have sprung up all over California. Non-Taiwanese residents still refer to bubble tea as “BOBA” or “Bubble”. They would say to the waiter at the counter in English: “Give me a latte, and add some BOBA in, please.” “Boba” has also become synonymous with pearl.

History and Culture of Bubble Tea 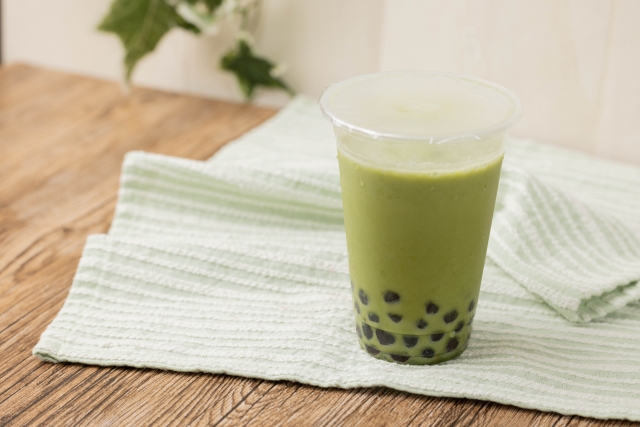 Bubble tea is a beverage that started recently. It first appeared in Taiwan in the 1980s. Various people claimed that this drink was the first to be invented, but soon Bubble Tea spread from Taiwan to other Asian countries, to Europe, and the United States. In 2012, McDonald’s began to supply Bubble Tea in Germany and Austria, which shows how widespread and popular the drink has become.

The overseas market of Bubble tea was first promoted to the Chinese-character cultural circle with similar tea culture. In the 1990s, bubble tea came to Hong Kong, and Taiwan’s chain of hand-cranked beverage stores quickly opened in various districts of Hong Kong, such as Leisure Station, Kuai Ke Li, etc. At the same time, pearl milk tea was introduced into mainland of China and quickly gained popularity, becoming the best-selling drink, especially among young people. Japan has set off a boom in bubble tea since about 2018. Compared with the impression of civilian drinks in Taiwan, bubble tea is positioned as a fashionable drink in Japan, and the price is higher than that of Taiwan. The word “chewing pearl” (タピる), derived from bubble milk tea, won fourth place in the 36th New Words and Popular Words Awards in Japan in 2019. The successful development of bubble tea in some countries and regions is also considered to be a symbol of Taiwan’s hand-cranked beverage shops entering the world.

In the 1990s, Taiwanese immigrants began to introduce bubble tea in Taiwanese restaurants in California. Numerous hand-cranked chains emerged in the late 1990s and early 2000s, bringing Taiwan’s bubble tea trend to the United States. In the Asian American community, Bubble tea is widely known by its common name “boba”. With the popularity of bubble tea in the United States, bubble tea has gradually become a cultural identity of Asian Americans. The phenomenon was dubbed “boba life” in the music video “Bobalife,” released in 2013 by Chinese-American brothers Andrew and David Fung. Boba symbolizes the subculture that Asian Americans as a social minority can define themselves as, “boba life”, which reflects their desire for cultural and political recognition, while also being used disparagingly in the term boba Liberal.

Early bubble tea in Taiwan was born in bubble tea shops, and most of them emphasized that milk tea must be freshly shaken. Since the emergence of chain-type bubble tea, to manage the taste and speed up the supply, many chain stores have switched to using pre-prepared concentrated milk tea, which is sent to the chain stores in the form of milk tea powder or milk tea concentrate, and diluted with water in the store. Basic milk tea, and then add creamer and other seasonings according to the needs of the guests.

After bubble tea spread abroad, many different variants appeared. In addition to the common black tea, green tea, and oolong tea, other beverages are also mixed. For example, the mandarin duck originated in Hong Kong and is composed of black tea, coffee, and milk. Beverages include mixed tea drinks. These variations usually involve an ice cream mix or a smoothie with tea and fruit, but there are also versions without milk or dairy products, just plain tea with ingredients such as pearls.

Pearls are the most common ingredient both in Taiwan and abroad, and the color of pearls will vary depending on the proportion of tapioca flour mixed. Most pearls are black and made of brown sugar.

In addition to pearls, many different ingredients have been developed, and the shape is no longer limited to spheres, such as small cubes, star-shaped or rectangular strips of coconut jelly, konjac, and different flavors of jelly. The typical ingredients of Taiwanese shaved ice, such as red bean, mung bean paste, aloe vera, pudding, fairy grass, and sago, are also regarded as ingredients of bubble tea in foreign hand-cranked drink shops, allowing bubble tea to add different flavors and textures.

The most popular ingredient in foreign countries, “popping boba”, is a sphere with juice or syrup in it. Unlike the classic chewy boba pearls, popping boba bursts with one bite. Similar to the juice version of salmon roe, common flavors include mango, strawberry, coconut, kiwi, and cantaloupe. Some foreign beverage stores will also provide toppings such as fresh cream, various flavored syrups, milk caps, ice cream, etc.

Finding the Right International Trading Company for Your Business: The 8 “Must-Haves”

Foreigners love this taste, and the most popular Taiwanese souvenir